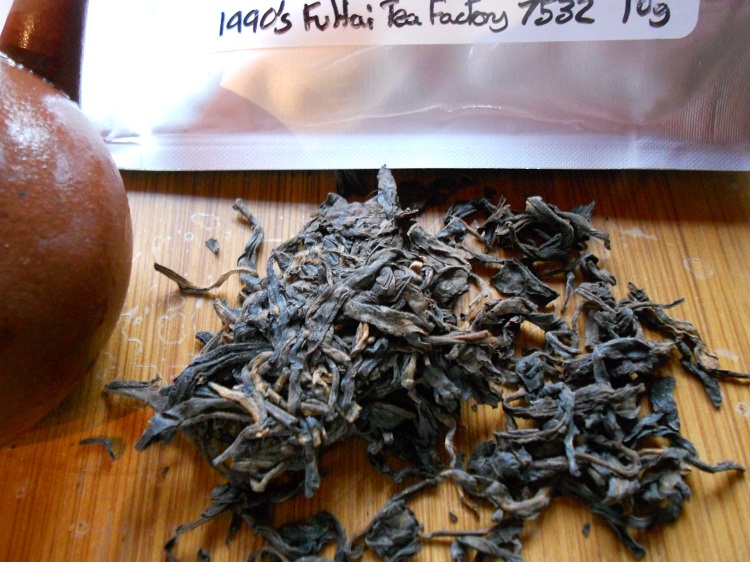 It is very easy to get confused, misinformed, and mislead when trying to buy aged pu-erh. When attempting to do so on via the internet it is almost impossible not to be. Often times vendors may not be fully aware of the origin of the tea and have to rely solely on the word of their wholesaler who may be misinforming them or who thereself was quit possibly was not the original buyer of the tea in the first place. Plus given the fact that cakes fifteen years and older all come in extremely similar wrappers.
This brings to mind the 1992yr Yiwu Spring Tips Teacake from sunsing ( who I would regard as a  trustworthy source for aged tea) I always thought that it was weird to have a single mountain yiwu cake in 1992. Since I have been told that single mountain cakes did not come back around (especially not made by menghai in CNNP wrappers) until the late 90's. So when EOT started selling what I think might be the same cake with this description.


"a good example of a late 80's Menghai Tea factory 7532 recipe cake, these cakes come from a batch named "Yiwu Chun Jian" (Yiwu Spring Buds / 易武春尖) by a tea merchant in the early 90's. He stamped this on each of the tongs of this batch of tea. Despite the name, it's thought by collectors that this isn't produced from Yiwu Spring buds as the name would suggest, but is a late 80's 7532 production using Menghai area leaves."


It seems to make more sense to me. But it could as easily be the other way around. Or they could be completely different tea's and my whole rant was pointless. 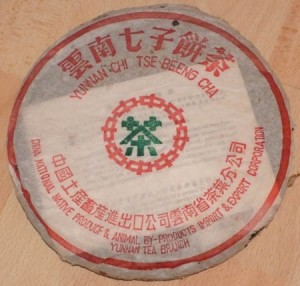 So with all of this misinformation how is one to feel comfortable buying any pu-erh on-line let alone the aged stuff? The only things you can do are get as much information from reviews online (of which there are few of aged tea in English) and sample, sample, sample. You must also deal with only vendors with who you trust or is highly recommended. Because even after you have sampled a tea that (I have found out) is no guarantee you will get the same tea. It is also a possibility that you will get a cake from another tong that was stored entirely differently which is basically a different tea. Given the huge role that storage plays in the final product.

Also when this cake was previously for sale at EOT it was listed as a 96 Fu Hai 7532. Although I have read that Fu hai did not come into existence until 1998. This all goes to show that you really need to be able try the tea yourself and have a trusted vendor. Both of these can be difficult. But I give EOT credit as they had from the beginning stated that this was a fuhai production not a menghai. This would have been easy to pass off for more money due to the neifi. ﻿Also when they restocked they did not continue to sell as a 96. But then again for all I know they could have been open in 96 as I am getting my knowledge from online information in forums and third party websites. I Guess I am just trying to say that you should really take any information you are given on a tea with a grain of salt and just go by what is in the cup.﻿


I have had one encounter with this tea previously. But I really don't remember what I thought of it. I have been happy with every other Fuhai tea that I have had though. Fu Hai being the factory that makes my favorite ripe bricks and I loved their  99 Yi WU. I was really pleasantly surprised with what I found. It is a solid well stored 90's pu-erh. It is has aged nicely leaving a nice mellow cup. There is no off taste (to me) from storage. Given how little storage taste there is and its age this tea is quite mature. In later infusions the tea still has hints of its youth showing, which should be rounded out with time. Some might consider this a knock off tea. But then I really don't think this belongs in the same category as other CNNP / Menghai Knockoffs. It also may not be fair to compare this to a Menghai 7532 as the flavor profile is a bit different. Instead I think this tea should be judged on its own merit.  Given that, this is a good tea and there are enough layers of flavor to keep you interested. For anyone looking to find a nice aged tasting tea that you don't have to break the bank for ($3.50 to $7.00 a pot) and has not been so wet stored that you lose all of the nuances the tea originally carried. This tea might be worth a look. 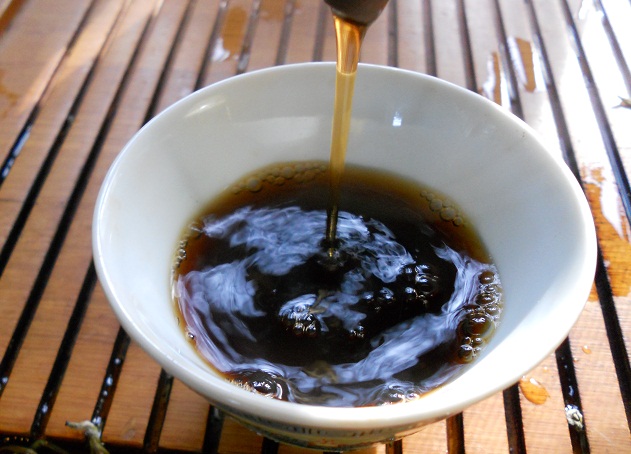